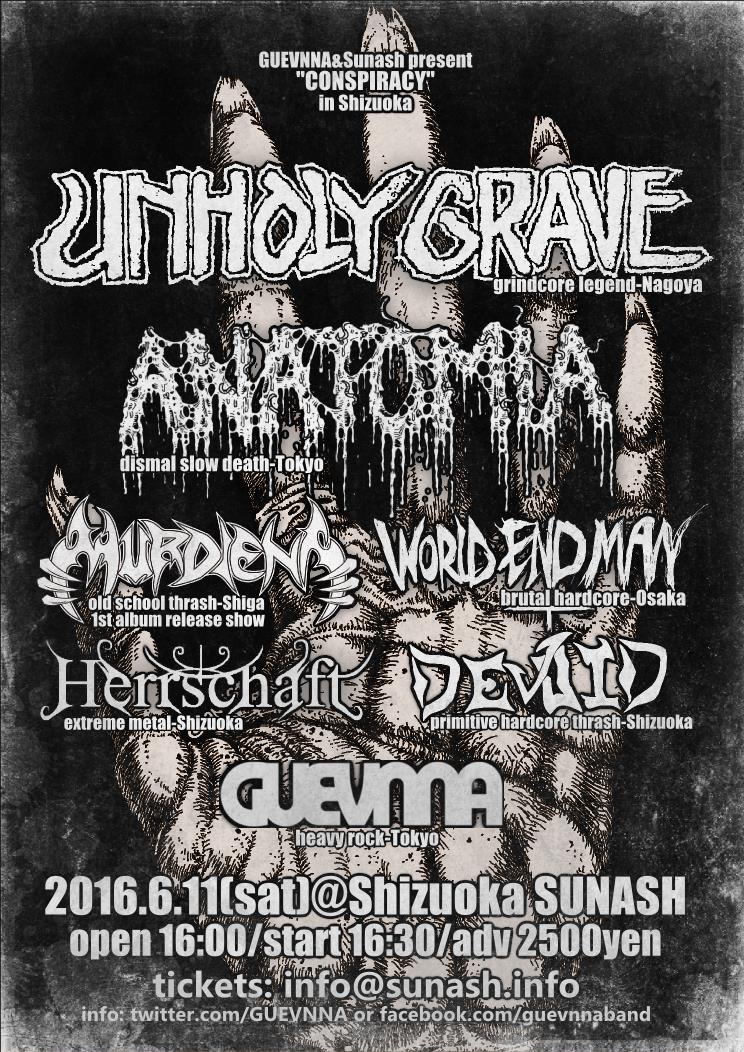 Presented by Tokyo's Disco-Doomsters GUEVNNA. It is their first time organizing a gig outside of Tokyo, and is quite the show to be wary of!

In addition to GUEVNNA are Nagoya's resident Grind Freaks Unholy Grave playing their well-known and rightfully-feared blistering Grindcore (and for the first time in 3 years in Shizuoka City!). Anatomia's frightening slow-burn Death Metal also hasn't been heard in Shizuoka since last year, and that is paired with both World End Man's Punk-infected Death Metal and Herrschaft's Melodic New Take on Old-School DM for good measure. Finally add onto that Murdiena's Thrashing heaviness and Devoid's headbanging hardcore, and you've got a truly brvtal stew cooking!

Some additional happy news: World End Man will be appearing at Bay Area Deathfest in July 2016, and Unholy Grave has been confirmed for California Deathfest in October 2016!