Another summer has passed and another year is quickly coming to an end, bringing the dates for one of the biggest events of the year, Asakusa Deathfest! Brought to you by Naru of Obliteration Records and Butcher ABC infamy, ADF is reaching its 3rd anniversary. The 3-day fest stands as the most anticipated extreme metal event in Japan. And always, will bring tons of killer bands from abroad and feature new local acts as well. This year the fest is overgrowing its own established scale by having an "Opening Party" on October 25th (a day before main festival) and the "After Party" (the day after the fest). Following up to and after, fest performers Meat Spreader, Teethgrinder and Inhumate will all be touring Japan locally. Not to mention this year’s headliners Meat Spreader, Unholy Grave and Death Metal legends Convulse make up the perfect plate for any extreme metal gourmet, for the appetizers and snacks there will be tons of local groups including Gate, The Men's Toilet, Crash Syndrom, Shinda Saibo No Katamari, and more! Obviously this fest has already gained the respect it deserves for its caliber both domestically and abroad. But from how fast it's growing, you can tell it won’t stop and ADF will bring even more surprises next year. If you happen to be around, don't miss this huge event and come have fun and make new friends from all over the world. This is a great check off for any extreme music tourist making their way to Japan at the end of this month. Check out the full details here and buy tickets here and check out the lineups below! 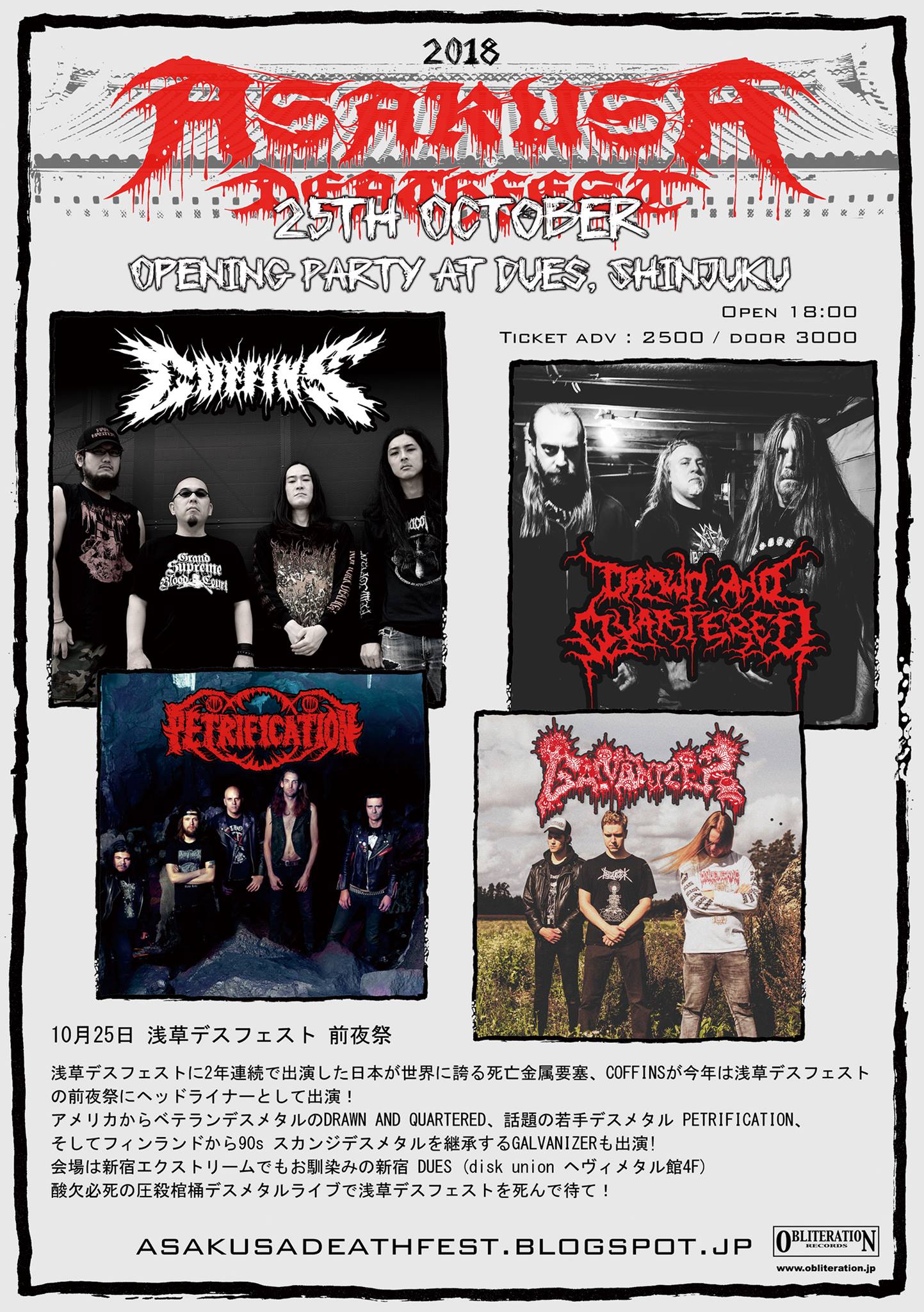 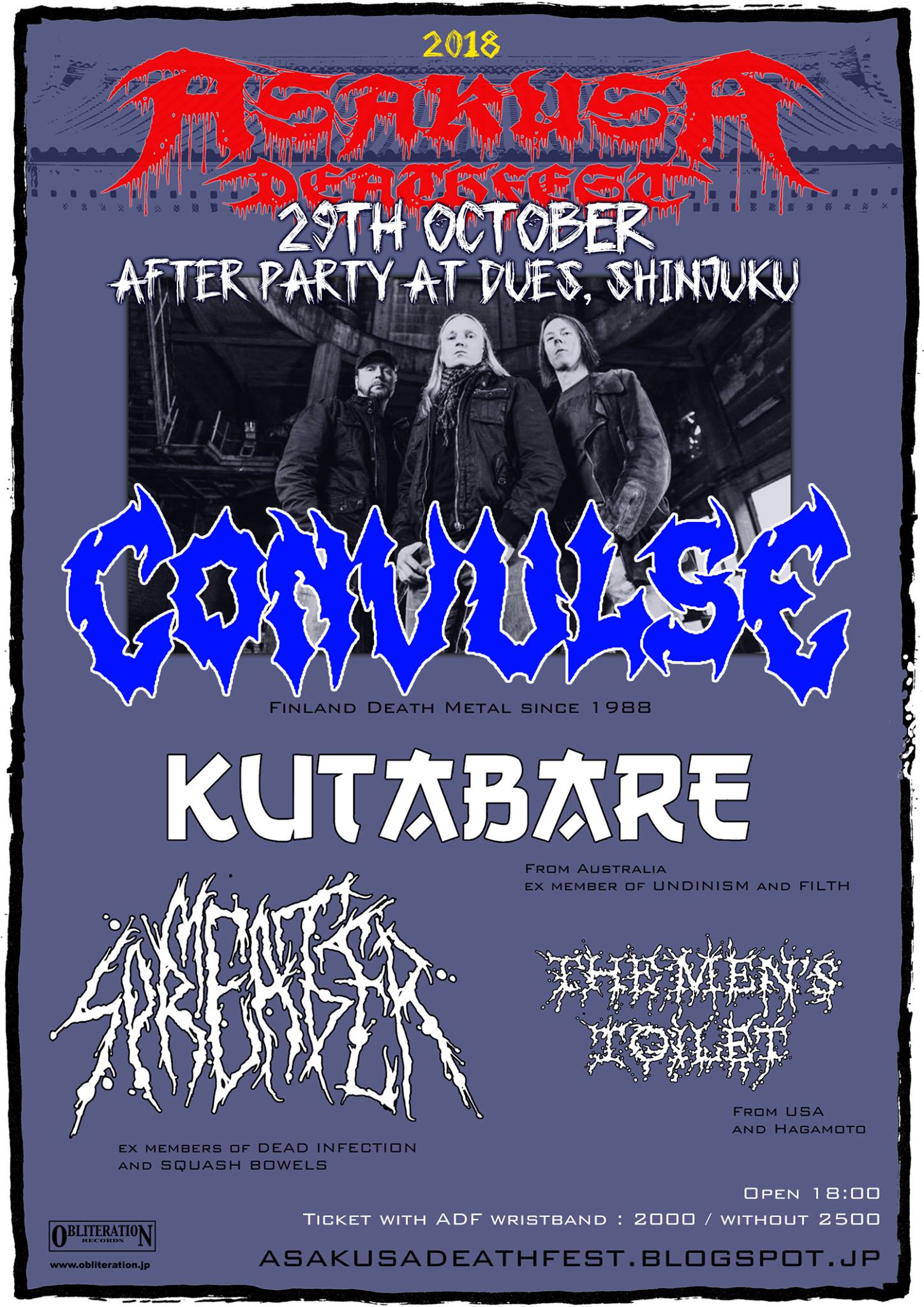