I’ve never heard a band that sounds quite like マグダラ呪念 (henceforth referred to their name in Romaji, Magdalene Ju-nen). The three-piece from Tokyo play some killer Doom Rock for sure, but their music conjures a very specific and unique atmosphere that I don’t think any other band can. Between the behemoth riffs and grooves, layers of something otherworldly break through. Something tragic, ghostly, and from the other side. It may be, however, somewhat recognizable to some. Fans of Kabuki or classic Japanese horror films from the ‘60s and the ‘70s might find that it resonates with the themes and styles presented in these other art forms. Specifically, the vocals and inclusion of traditional instruments such as the shamisen.

Magdalene Ju-Nen’s full length 何の因果でこうなった (Why I...) released in 2008 was my introduction to them thanks to Christian Granum, Kaala’s resident Viking Wizard. It consisted of four songs, with a run time of around 40 minutes that leaves the listener disquieted yet wanting more. The climax of the album, 冥土への階段 (“Stairway to Hell”) is a 15 minute journey into a woman’s crime against her dearest. She murders him in cold blood and is subsequently caught and put to death. About 11 minutes into it, Mako (Guitar and Vocalist) screams desperately (in Japanese) “Curse me! Hate me!”, pleading to meet the man she murdered in the afterlife. “Kill me!” she implores his spirit with impassioned hatred. The listener can feel the desperation emanating from her voice as the slow Sabbath inspired riffs ring in her final moment before descending to hell.

Mako, the primary songwriter of Magdalene Ju-nen, turns out to be a huge fan of Kabuki, classic Japanese cinema (between the 1920s and 1980s she told me), and Japanese folk music. These influences come through especially in her vocals. She consistently maintains that ethereal warbling that is so unique to traditional singing. And you know what? It works amazingly well with the heavy Doom compositions. Intermittently she breaks into screams and shouts to tremendous dramatic effect. The bass and drums are always spot on as well, with the three of them expertly weaving their traumatic ghost stories together. Even without understanding Japanese (mine is horrible for the record), the impression that there is a story behind the songs is palpable. Without knowing the plot, Magdalene Ju-nen conveys the raw emotion behind it effectively. 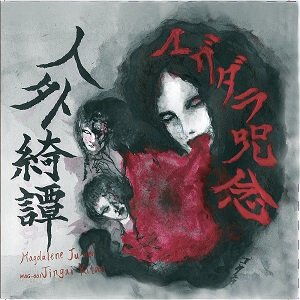 So when I found out that they planned on releasing another full length on February 26th this year, I jumped at the chance to review it. And low and behold, I’ve been rocking 人外綺譚 (Jin-gai Kitan) for the past week. To summarize in a single sentence: It’s everything I hoped for. Albeit, the production sounds a bit higher quality than their previous releases, moving from a grainy black and white to technicolor. In addition, they built on the use of traditional instruments and religious tropes they brought to the table on 石の蝶 (Stone Butterfly). It’s also a little heavier, with many of the compositions moving on the Doom spectrum from Rock to Metal. There is certainly an evolution here, but it’s slight and still recognizably the Magdalene Ju-nen that fans have come to love.

Jin-gai Kitan’s opening song is a 5-minute journey into the afterlife complete with chants, tortured spirits screaming in the background, and some groovy and laid back guitar riffs carried along with by the funeral drums. Following is an introspective, almost Funeral Doom, song titled 地獄椅子 ("Hell Chair") that imagines what the afterlife would be like if there is simply a chair to sit in and contemplate your sins. The third track, and one of my favorites, starts with an introduction with a lone shamisen strumming. Before long it’s joined by the drum kit, then the bass, counting a slow cadence and melody together. Eventually they coalesce into dreadfully slow and heavy riffs. I mean some real big riffs. The fourth song かたわのこひわずらひ (“Cripple of Love Affair”) is a great Doom Rock sound that would have fit in well with Why I…. It definitely feels the most familiar. And keeping in line with their narrative lyrical style, it tells the story of an unattractive man who attempted to scar a beautiful woman with acid so she would marry him. But he failed and scarred himself with the sulphuric acid instead. Consigning himself to his death, he crawled under her toilet to expire in her excremental filth. The album climaxes with 百鬼夜行 ("Veritable Pandemonium"). Mako plays dreary guitar riffs while showcasing her singing to beautiful effect.

Overall, Jin-gai Kitan is an excellent entry to Magdalene Ju-nen’s discography. It maintains the same sound and atmosphere as their prior releases, while getting a little heavier and more comfortable with their use of traditional instruments and throwbacks to traditional Japanese culture to provide greater atmosphere. Don’t get me wrong though, this is a Doom Rock album through and through. Magdalane Ju-nen is unique in their ability to convey the mood and emotion of a narration through their music. Fans of Kabuki indeed. Perhaps the next tragic tale they weave together will be yours.

Though Jin-gai Kitan will be released on their Bandcamp and in record stores on February 26th, those of us in Japan will be able to pick up a copy at their gig with Hobo Magic at Nishi-Shinjuku Ongakukan on February 25th. Not only will you get a copy a day early, you’ll get to see them perform their ghostly Doom Rock live! In the meantime, be sure to check out their other releases at Bandcamp. 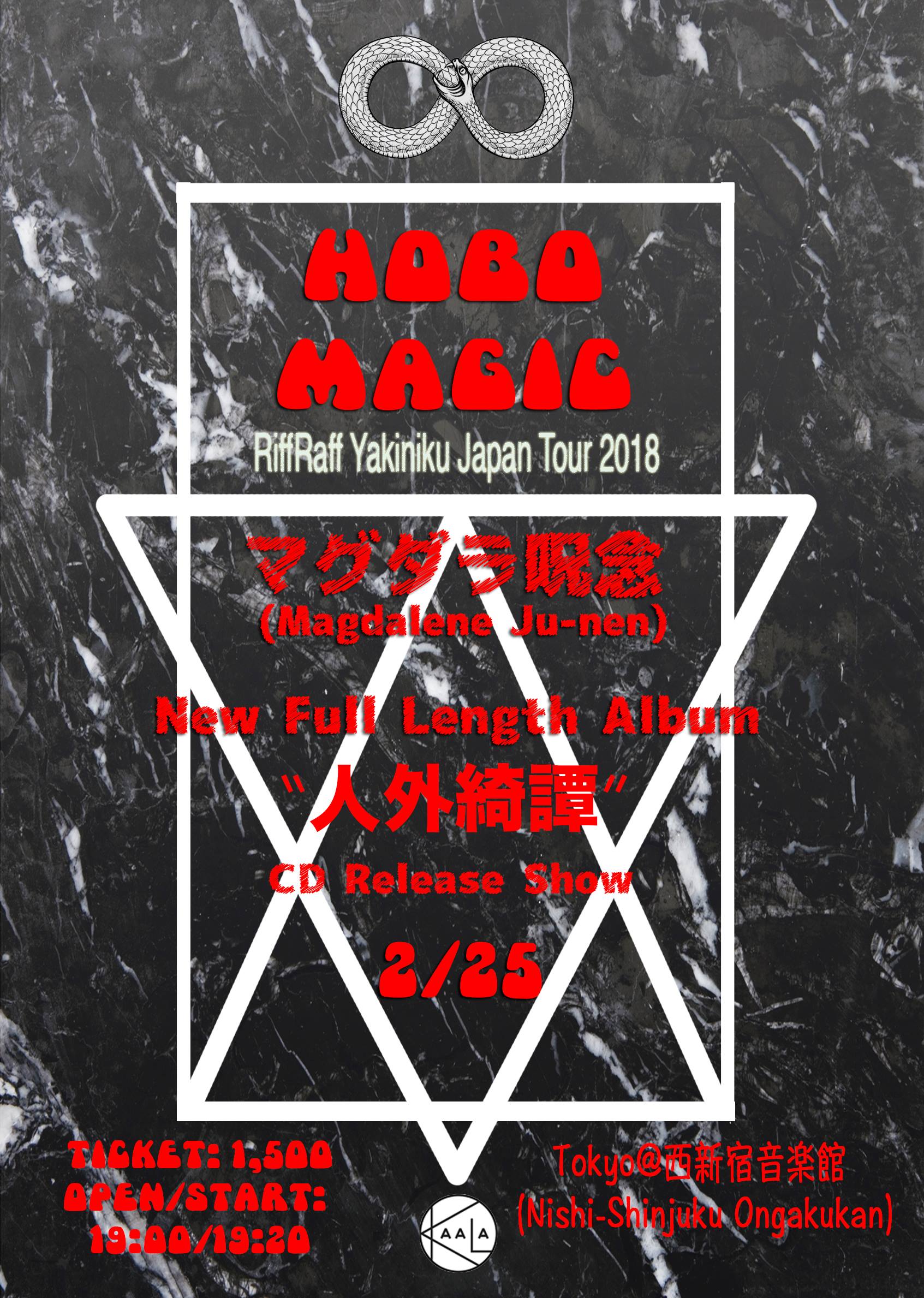