The Agonizing Serenity of Shibari (NSFW)

We here at Kaala aren’t just into “extreme music” -- we’re into things that can be categorized as “extreme”, and we also happen to be really into music (metal in particular). What I’m trying to get at is that we aren’t one-trick ponies. We’re dynamic. Multi-faceted. Daring, even, in our approach to not just Rock n' Roll but life in general (I disagree entirely. They're the worst people I've ever met. -- Jim Broadly, editor-in-chief)

And we love life. We love pushing the boundaries, seeing where we can take our bodies and minds, frequently at the same time. Outside of playing music, some of us skate, ripping skin and breaking bones in the attempt to go faster and higher. Others prefer to disappear into the woods and get lost for a few hours or days, only to re-emerge into this pathetic world with a twinkle in our eye.

But only one of us dares to venture into the intimate, constricting world of Shibari -- the art of Japanese rope bondage -- and that brave soul is none other than our designer extraordinaire, Suzy Krueger! She’s been on the long road of difficult, binding knots, studying, practicing, and performing, but now she’s hit a milestone: she’s combined her extraordinary design skills with her passion for the ropes and made an entire book depicting her take on the art of Shibari!

It’s called Ecorchee Vive (A Tormented Soul) and will be released by Les Presses Litteraries in early February. In the mean time, check out some illustrations from her sketchbook not included in the book in the gallery below. Check out more of her work on her Instagram and if you're in Japan you can pre-order a book directly through her! 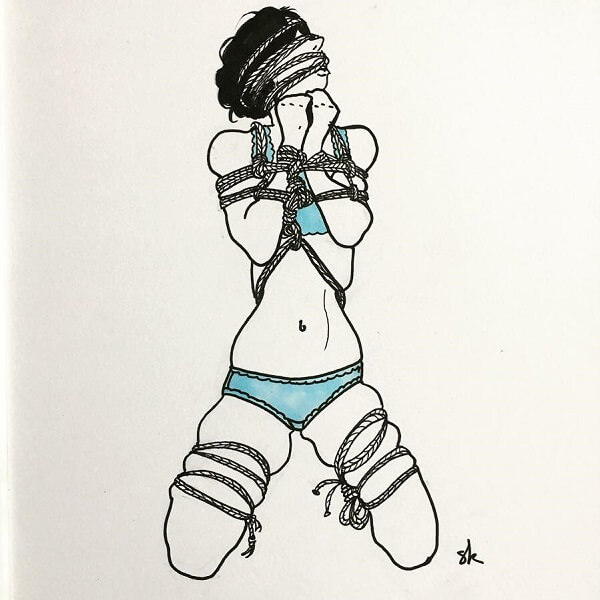 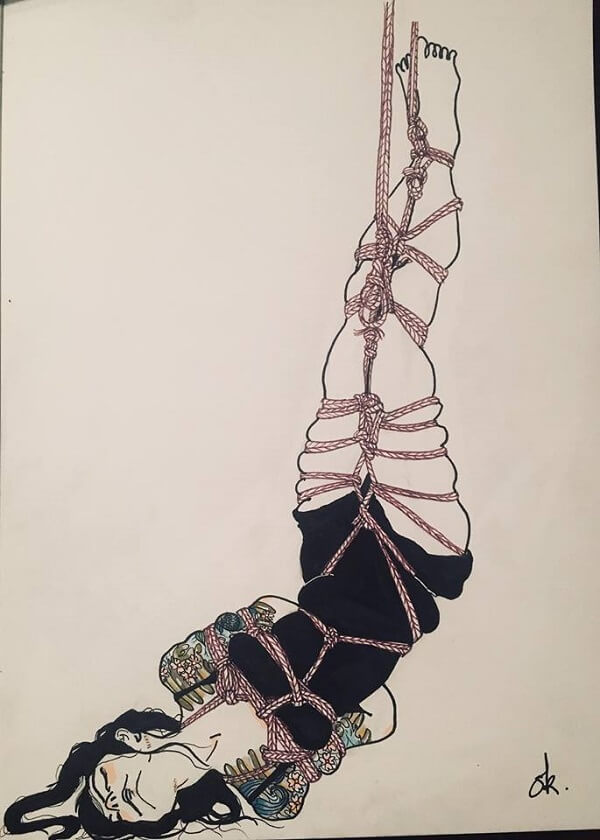 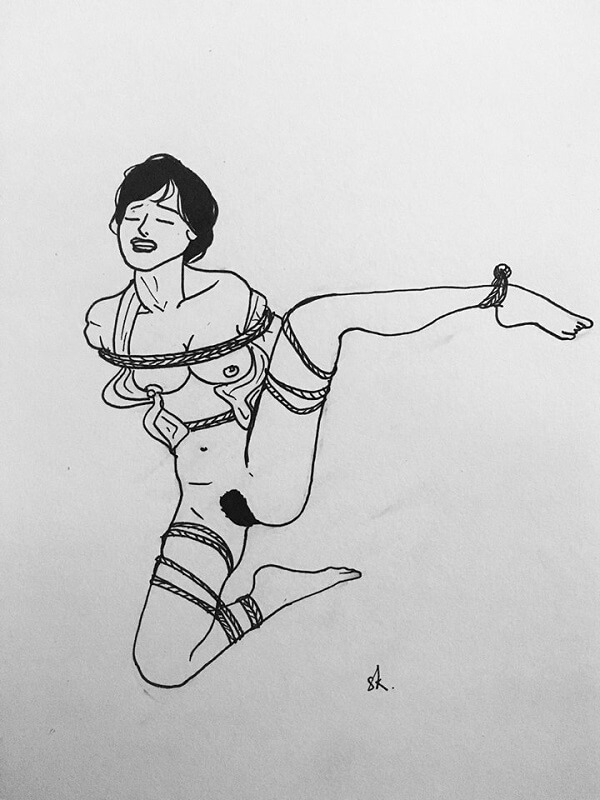 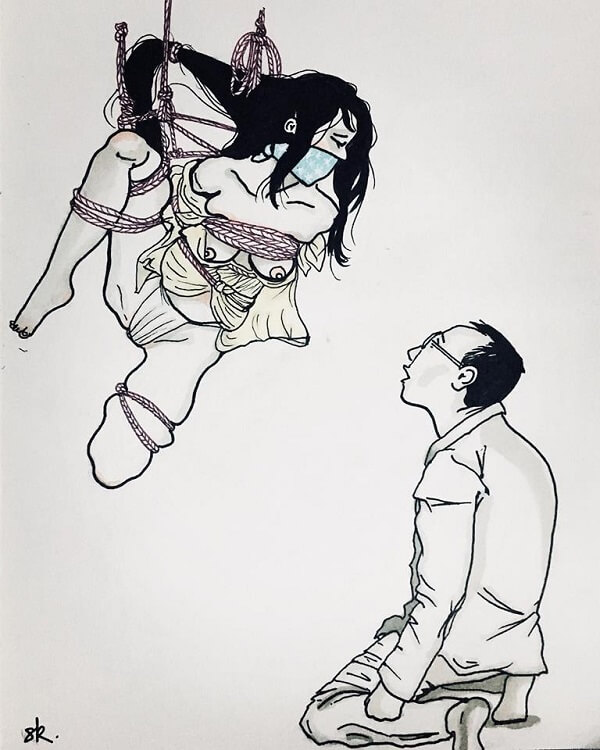 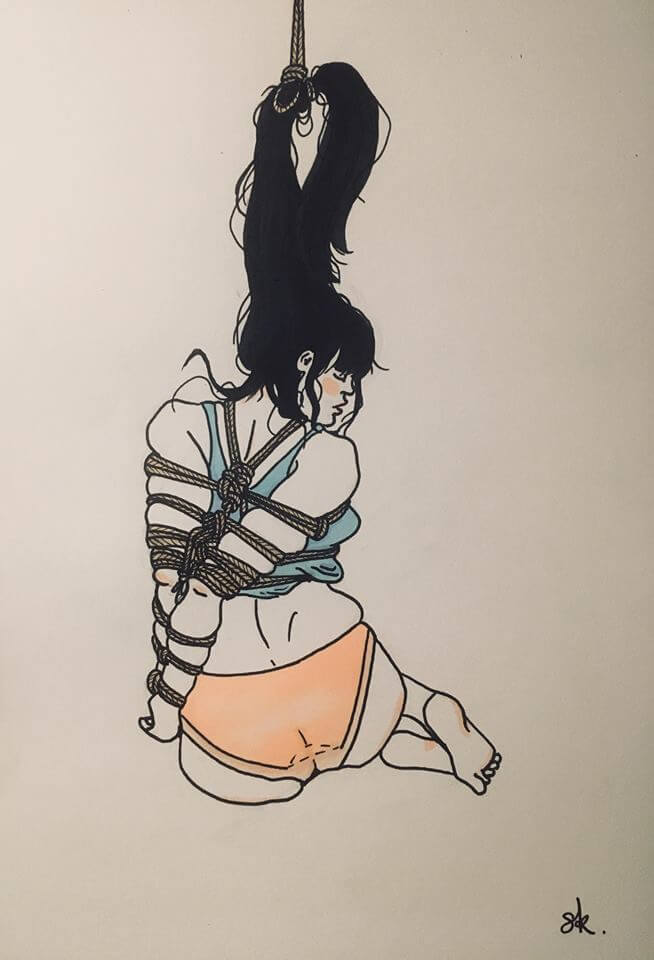