"Continuation Is Our Dedication" FIND THE SPOT X CRUCIAL SECTION

For a very long time, Japanese cultural exports were banned in South Korean. "Japanese music" wasn't allowed to be played in large Korean venues until 1999 and even though South Korean President Kim Dae-Jung started the process of lifting the ban almost 20 years ago Japanese music is still not allowed on Korea's airwaves. On the other hand, you won't have to look far to see how Japanese politicians feel about South Korea.

But that's the mainstream. This is hardcore.

"Punk is the unity in the world. You and I do not know each other. However, we can feel the existence of us" reads the last caption in the insert of South Korea's FIND THE SPOT's self-titled album. Unity. This is what hardcore is all about. No borders. No nations. We are punks. We are humans beings. We are one.

The ten day NETWORK tour of Japan that FIND THE SPOT is going on with Japan's hardcore stalwarts CRUCIAL SECTION is a testament to that. The subtitle of the tour embodies that spirit: "Continuation is our dedication." At this point, the bonds of friendship between Korean punks and Japanese punks are unbreakable. This isn’t limited to hardcore either. Late last year, Japanese bands LIFE and UNHOLY GRAVE played in South Korea while Korean bands SCUMRAID, AGARI and ARRYAM played in Japan at LETS SLAM FEST.

If you are a fan of hardcore, uncompromisingly political lyrics and like toasting to friendship don’t miss this tour. I saw FIND THE SPOT last year at Nishi-Ogikubo PitBar as well as at Kappunk and they brought the energy. The lyrics are mostly in Korean, but they have translations in the Crew For Life pressing of the CD so get that if you are like me and can't speak Korean.

FIND THE SPOT starts their ten day, seven city tour with CRUCIAL SECTION on March 2nd with a kick-off show at Nishi-Ogikubo PitBar.

If you can't make it out here's a little taste of what you are missing. 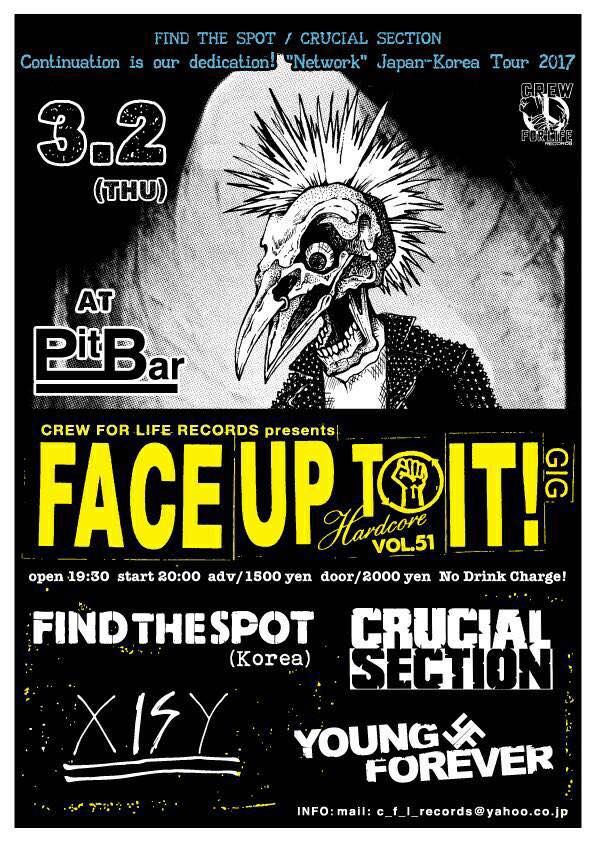 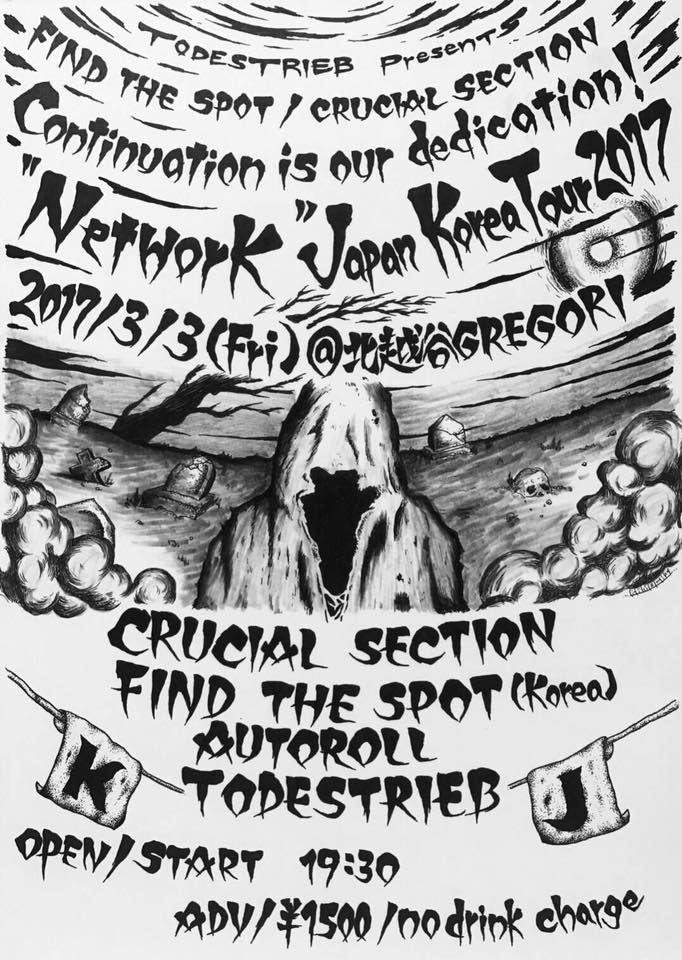 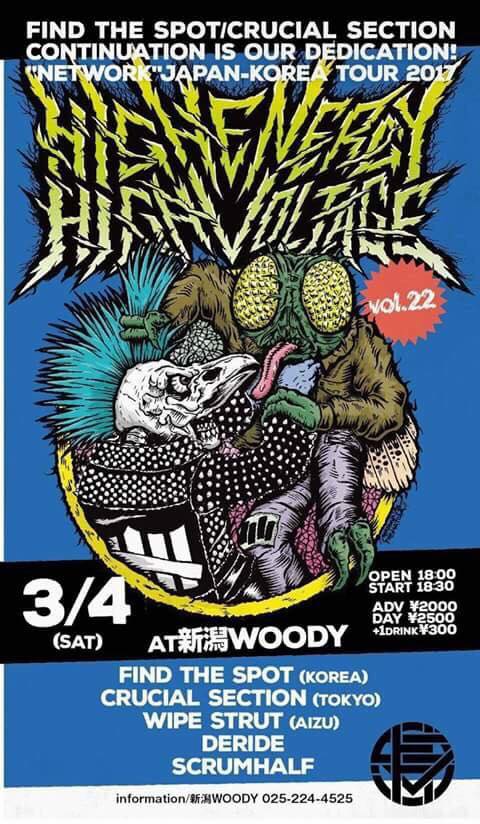 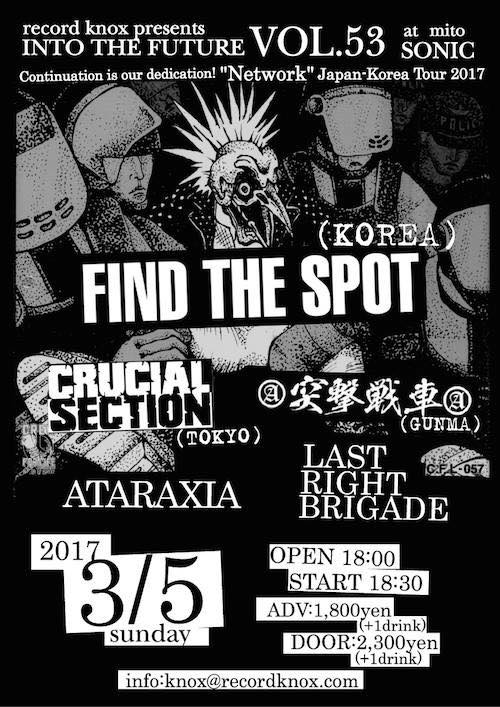 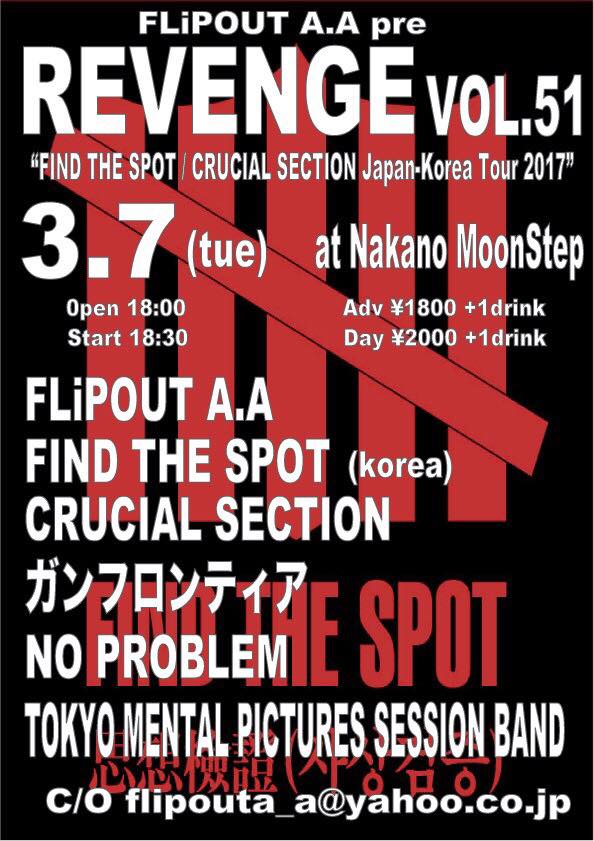 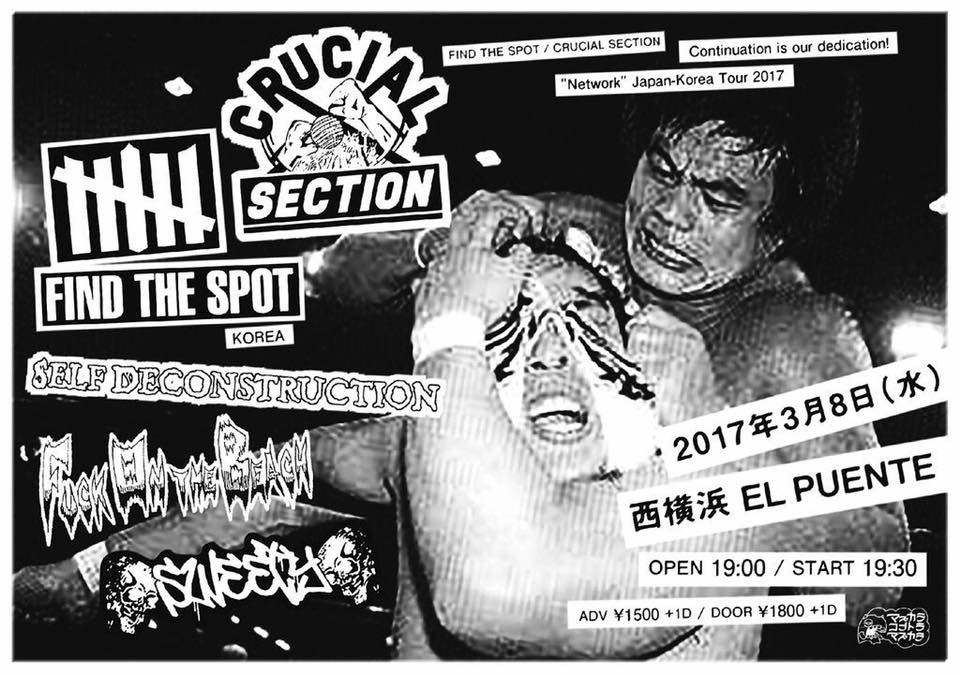 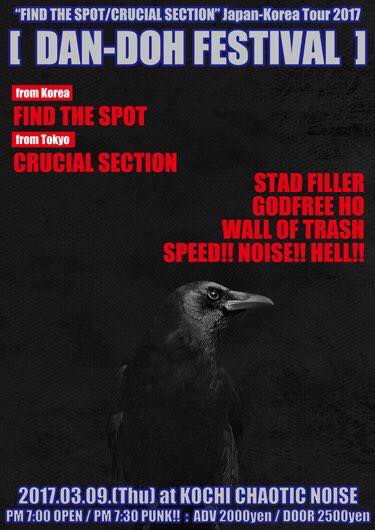 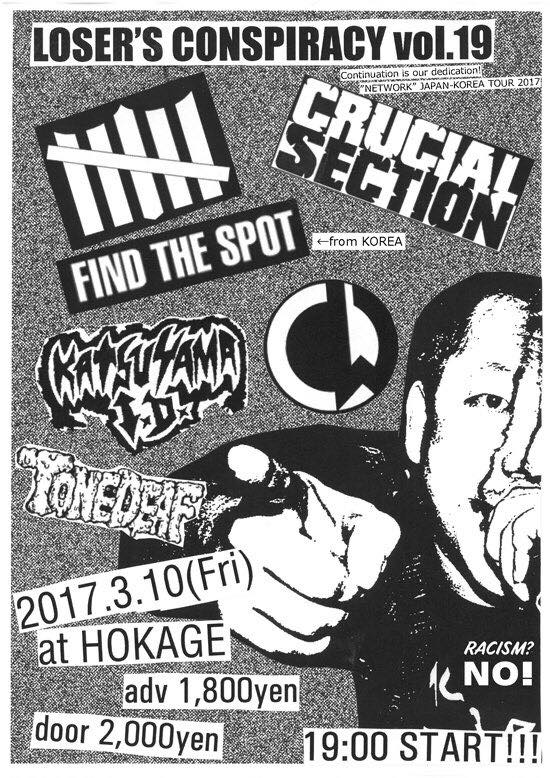 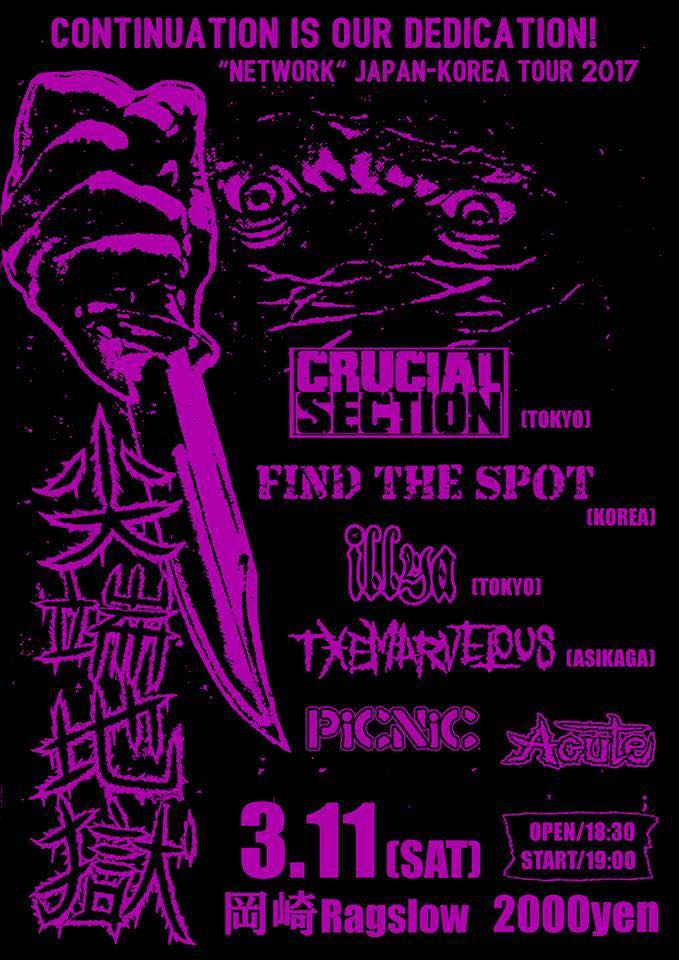 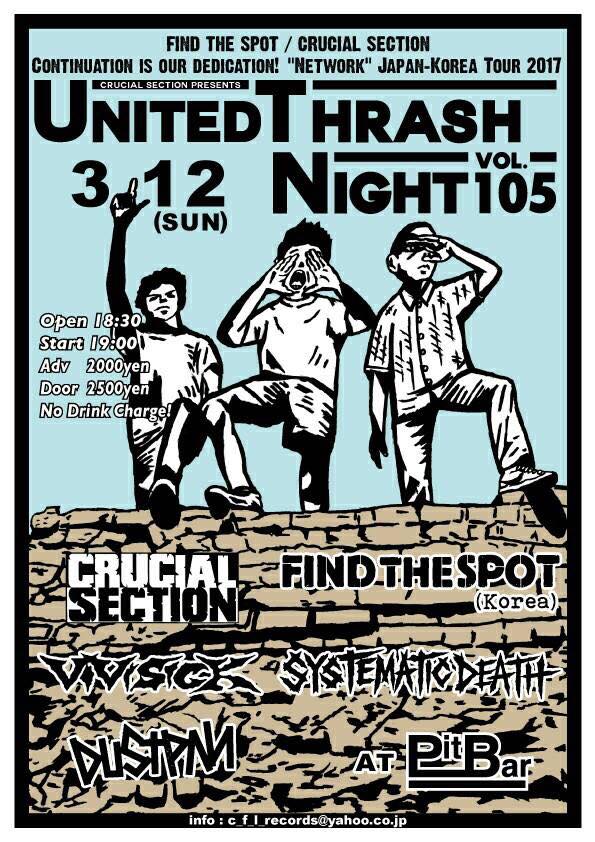