When a freak nuclear waste accident rendered all of the Kaala team unable to attend Grind Freaks in Korea, we used our now-radioactive, swollen, and fused braincluster to come up with a solution. With amazing speed characteristic of only the most fucked up mutants, we reached out to one of our favorite bloggers on the wider Asian underground music scene, Asia Metalhead, who had just been kind enough to write a review of GUEVNNA's new album Heart of Evil. Seemingly a match made in whatever the very metal equivalent of heaven is, A.M. did their civic duty and moshed like a crazed, childish cyclops over 2 days at Skunk Hell and GBN Live House - check in with their description of the events below!

This past weekend, we had Grind Freaks in Korea, featuring local Korean bands and bands coming from Japan. The first day of the fest took place in Skunk Hell, and featured Abyss, Pariah, Nahu, Doxology, Unholy Grave Violator, GUEVNNA, and Little Bastards. Pariah was the first band up, although I was unable to see them. Next was Abyss, a metalcore band, which while not exactly a band whose album I would purchase, nor are they something I'd go out of my way to see, they were a decent band for what they did. The next band was Doxology. When I first heard this band, they kind of were outside of my comfort zone, but as years passed by they managed to grow on me.

After Doxology was GUEVNNA, a totally kick-ass Japanese doom metal band featuring Ryo, who was once the vocalist for Coffins. They have just released their debut full-length, "Heart of Evil". I must say that I was absolutely floored by their performance. This is their second time in Korea and I hope they make a third trip here sometime soon. Really slow, heavy, sludgy doom paired with really catchy riffs and crunchy guitars. Next up was Nahu, one of Korea's most renowned grindcore acts. A band I'm quite familiar with, having seen them quite often. They're one of the most intense bands from the Land of the Morning Calm and this show was again pretty intense.

The final hour started with Unholy Grave Violator, a reworking of the grindcore legends Unholy Grave but with different members. They performed 12 high-speed, neck-breaking songs, after which the audience asked for more. The first of the extra songs was dedicated to their deceased drummer Hee-chung (RIP), and the final one dedicated to South Korea's president, who is none too popular with the Korean people. I'll get to this topic later on in this writeup. I will just say that Unholy Grave Violator was definitely one of the highlights of the show, and the vocalist displayed tons of energy.

Finally were the punk rock band Little Bastards. I talked to the guitarist from this band just earlier as he had a Carnage "Dark Recollections" t-shirt, and we had a good chat on Swedish death metal. These guys were fucking crazy, and the vocalist was really all over the place, running across what little space he had on the stage and climbing up on the speakers. The guitarist also displayed tons of stage presence, although I had to be careful with headbanging, I thought he was going to accidentally smack me with the guitar if I wasn't careful.

The show itself was good, although the turnout wasn't the best and the venue, although for reasons that I now perfectly understand was a bit difficult and not practical for mosh pitting or stage diving due to a bunk bed thing being built (although one guy I met at True Thrash Fest managed to try crowd surfing despite the thing crowding up the venue). One guy even slammed his head on the thing. But yeah, difficult venue for moshing.

As for the turnout, due to some allegations of the South Korean president Geunhye Park apparently taking advice from a shaman who was inexperienced with politics or holding a government office, many people are very disgruntled with the government and were protesting for her to step down. A good many people were going to the city square in order to protest, and perhaps a lot of the metal and punk community were going there for that event. Another thing that may have hurt the turnout was this show overlapping with the Neuroticos show. Perhaps better coordination among promoters in Korea may have fixed this. Still though, I feel it was a very enjoyable show with a great, tight-knit and dedicated community.

Sunday the 13th, and Day 2 of Grind Freaks in Korea. The Japanese bands were the same, but the local lineup was different. This time around it was Gonguri, Unholy Grave Violator, Scumraid, GUEVNNA, Method, Little Bastards, Seed, and Disgust. As the protest was over, this day had a much better turnout. It was also at a different venue, at GBN Live House, which was much more practical for moshing although I'm still worried about knocking over the merchandise stand. It was a small venue but perfect for an underground basement show. The owner, Yuying is possibly THE main man for the Korean underground music scene.

The first band in the lineup was Gonguri. They started off as a death/doom band but have sped up their sound. I might now say they're my favorite Korean death metal band as they are now the only ones performing death metal in the more old school 90's style. Most of the other death metal bands here perform a more modern brutal death metal, so it's a relief to see more old school sounding stuff for a change. After them was Unholy Grave Violator, and at this point I started questioning the billing as I felt these two bands were way too early. Gonguri got me headbanging like a lunatic early on, as did Unholy Grave Violator.

Next up was Scumraid, who might be one of Korea's top punk bands. Unfortunately though, this was to be their final show due to the drummer Juyoung soon to be departing to Japan. They're a very intense band, I love how the bassist only has two strings on his instrument, and the drummer makes me not want to be that drum kit, just absolutely vicious. They're full of energy and intensity and always put on a great show. It was fun having them in the scene, sad about this being their last show and I hope for the best for Juyoung.

After them was GUEVNNA once again. Again, they did a really amazing set. A lot of songs off of their debut album, and even an encore performance afterwards. After them was Method, a melodic death metal band that's really popular within Korea. As they're a band I've seen many times, I feel the sound has gotten a bit soft over the years, especially when looking at their discography. Good songs, but I felt the guitars in particular were a bit too thin. After them was Little Bastards. Again, an amazing show with great energy among the musicians and the crowd.

Seed took on the stage next, and were brutal as always. They're one of Korea's more established death metal acts and one of the first along with Scoundrel and Tokkaebi. A great set, although I still stand by a few of the earlier bands more deserving of a later bill than Method and Seed. After them was Disgust, a well known and popular grind/crust band in Japan. They only performed on the Sunday show but I thought their set made attending the gig on a Sunday very much worth it.

Overall, I felt that Day 2 was much more enjoyable, having a better lineup of local bands, the inclusion of Disgust, a venue more practical for mosh pitting (I perfectly understand Skunk Hell's decision, and I know they're planning on making a new venue so can't blame them), and the turnout was much better as well. 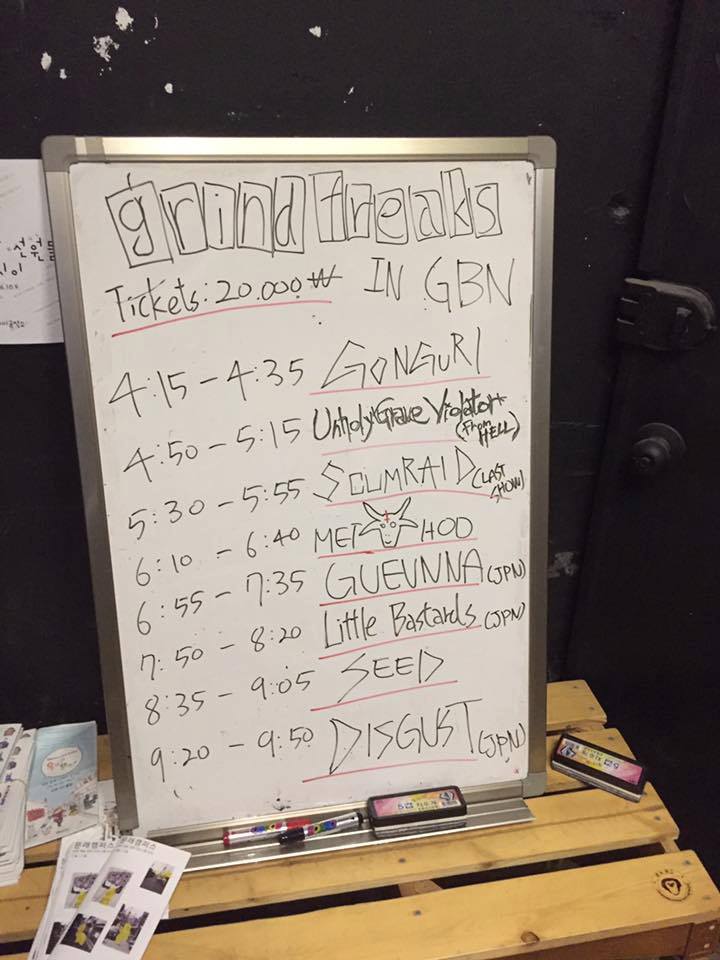 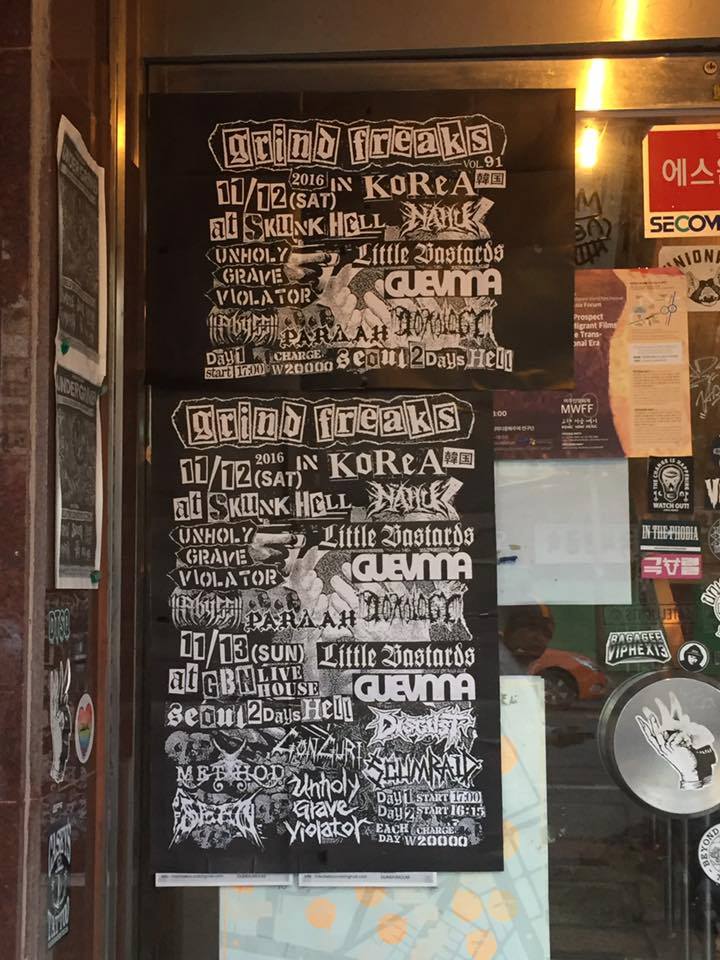 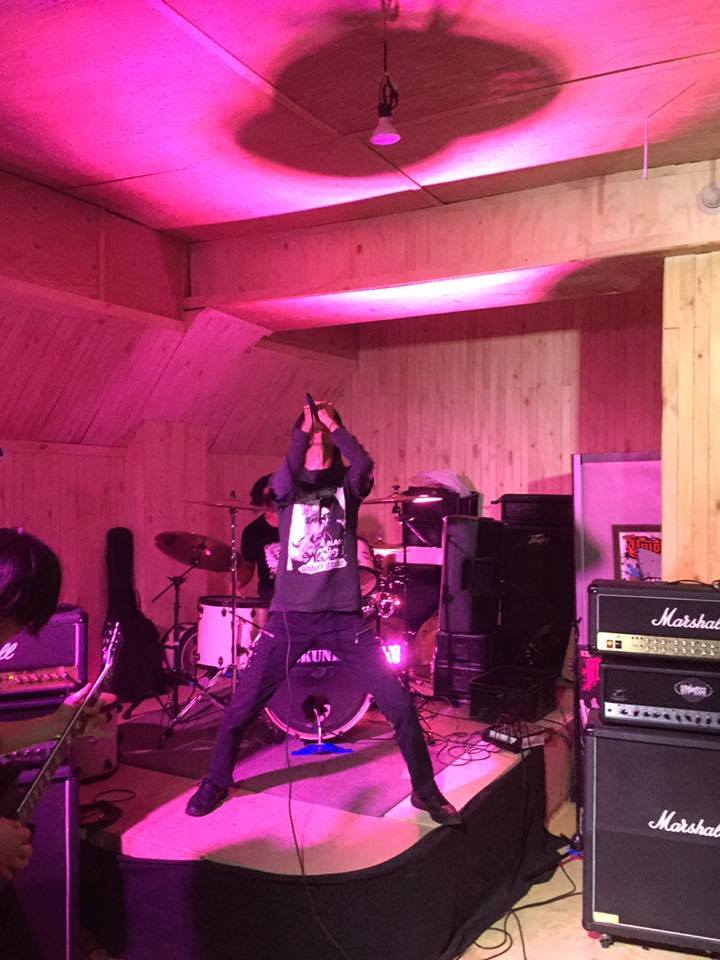 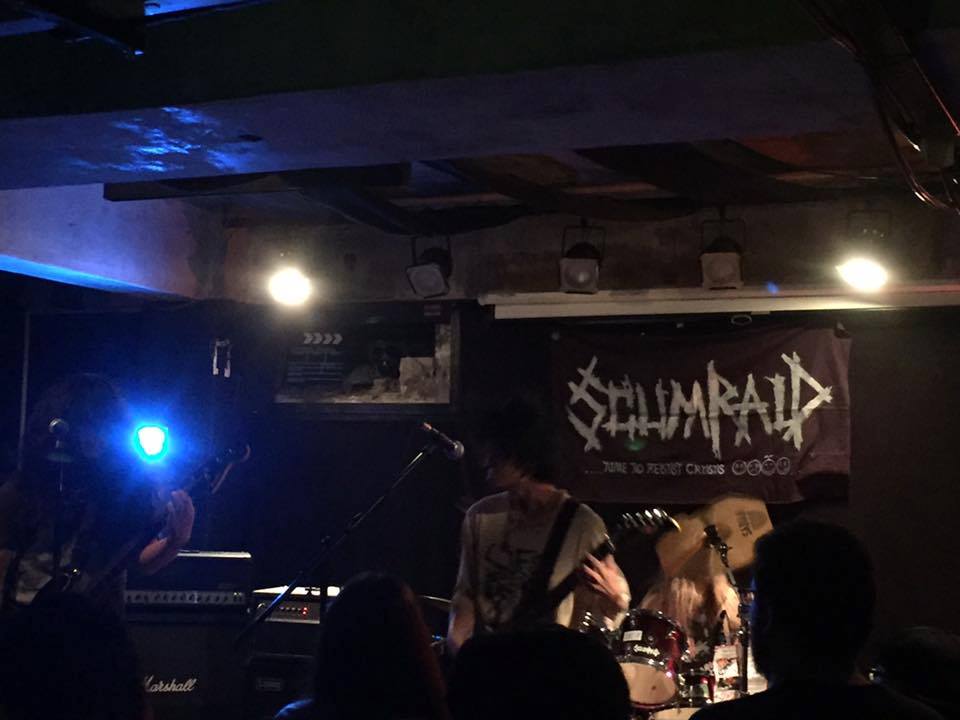 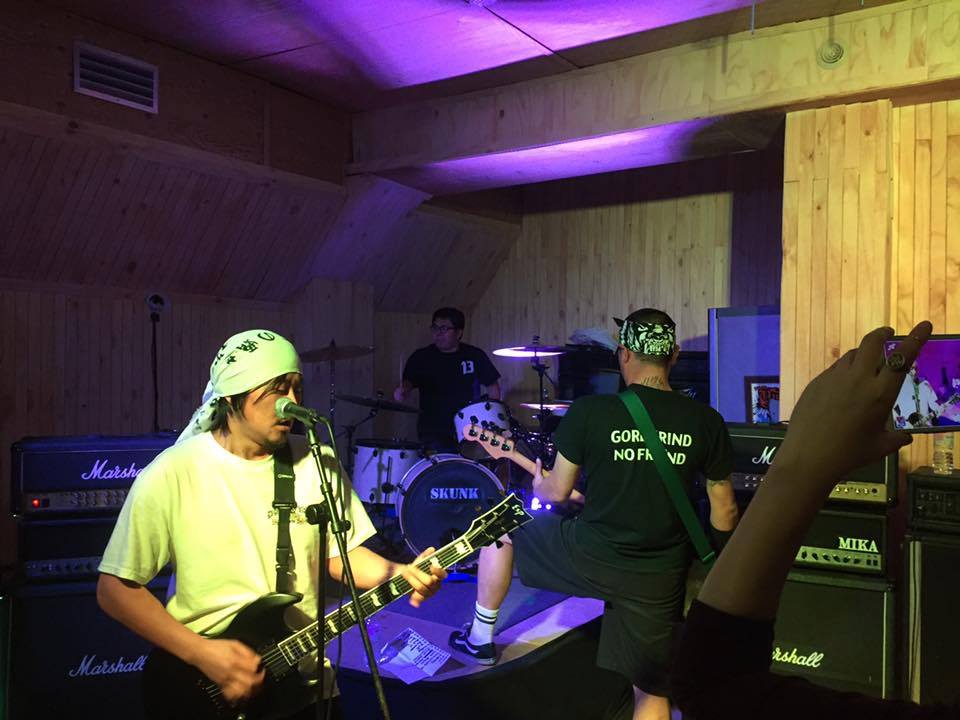 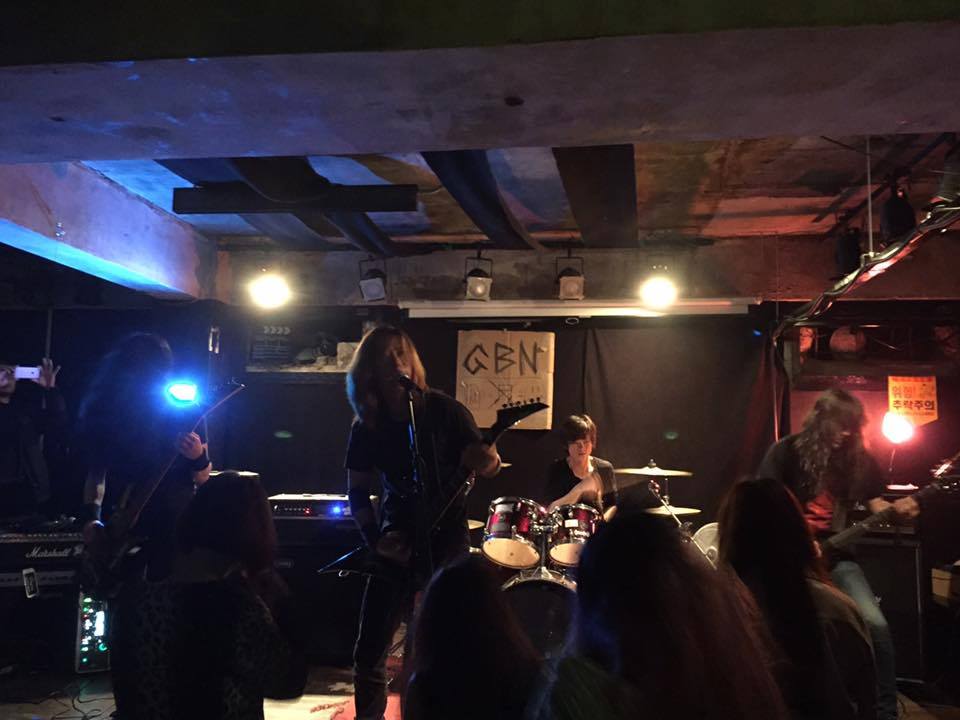 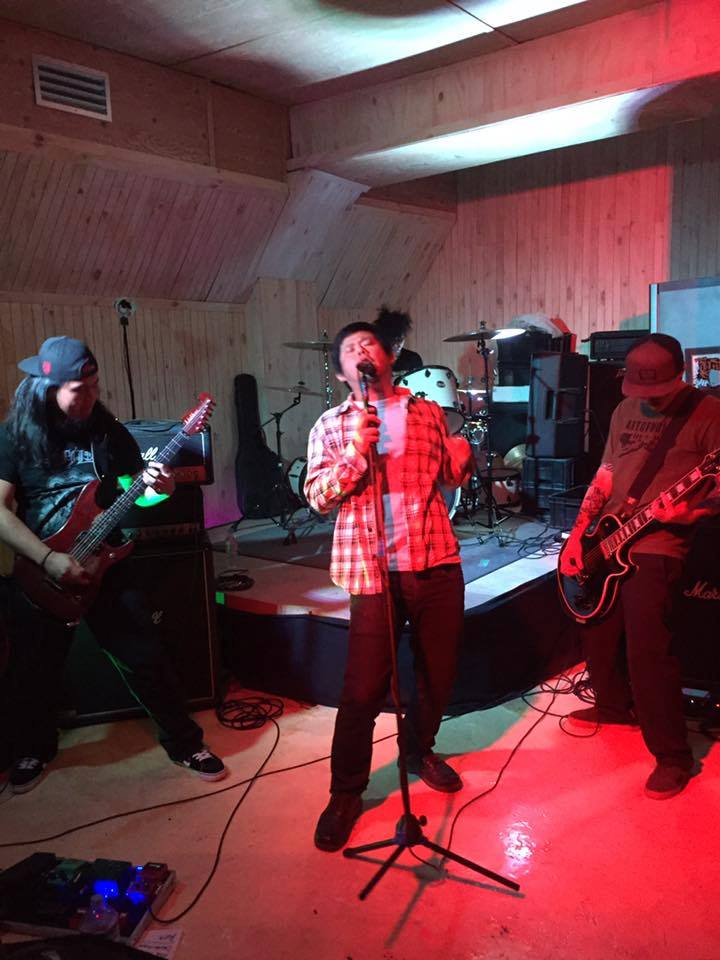 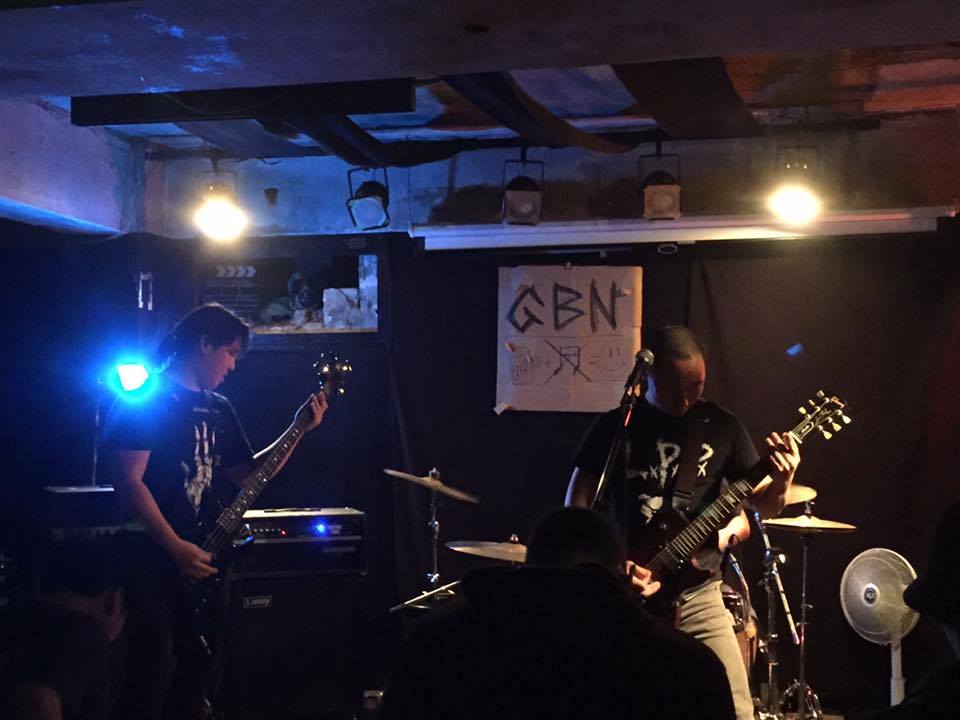 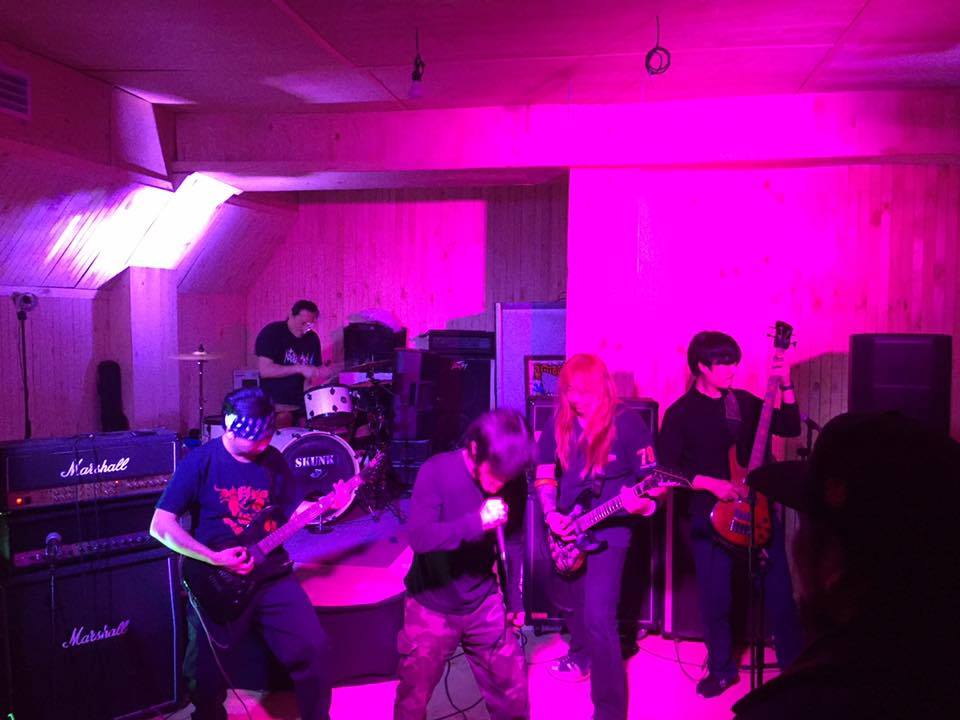