This November, Tokyo’s own Bonten Records is bringing the sleaziest doom that Serbia has over to Japan in the form of the dirty bastards in Heretic Rites. Starting on November 23rd, Heretic Rites will be spreading fear and remorse across Honshu with Tokyo’s own psycho-sludge peddlers Sithter and Sendai’s Damsels of Doom Magdalene Junen.

And a timely tour for Heretic Rites it is, because Sithter is set to release their new album Chaotic Fiend on Bonten Records on December 6th, 2016. Considering their background with Dhidalah and MONE¥I$GOD it's no surprise that they’ve consistently produced some extremely heavy and harrowing muck on their 1st EP The Last Temptation, their first LP Evilfucker, and their split with Korea’s Gonguri. Come get a taste of the evolution of their so-fucking-heavy brand of sludge, and let it seep deep into your rotten heart!

Check out one of the tracks off of Chaotic Fiend, titled Masque of the Black Death, here! 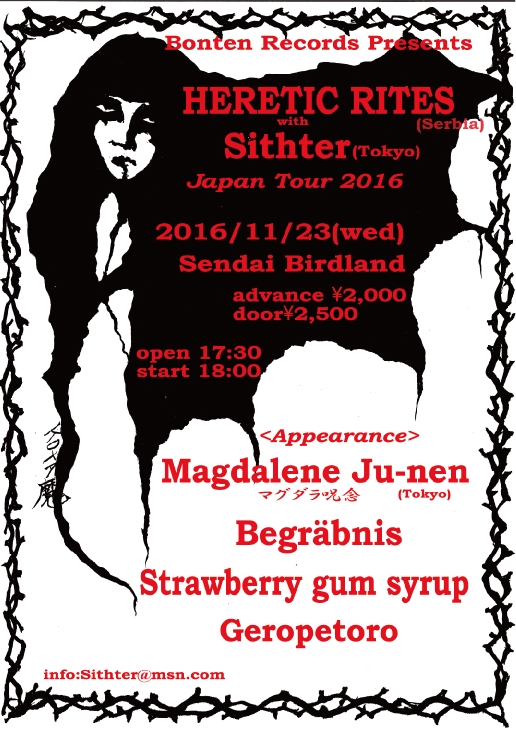 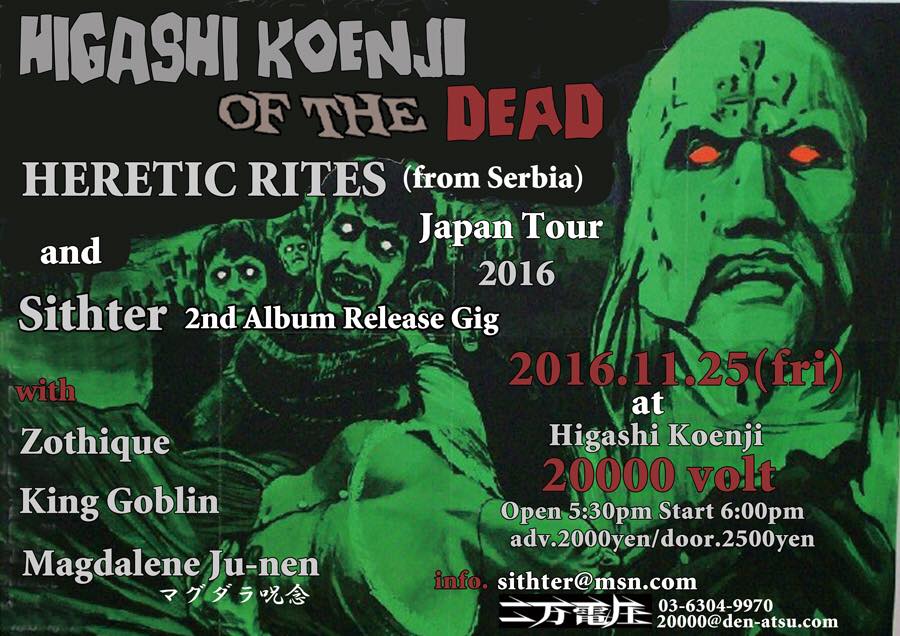 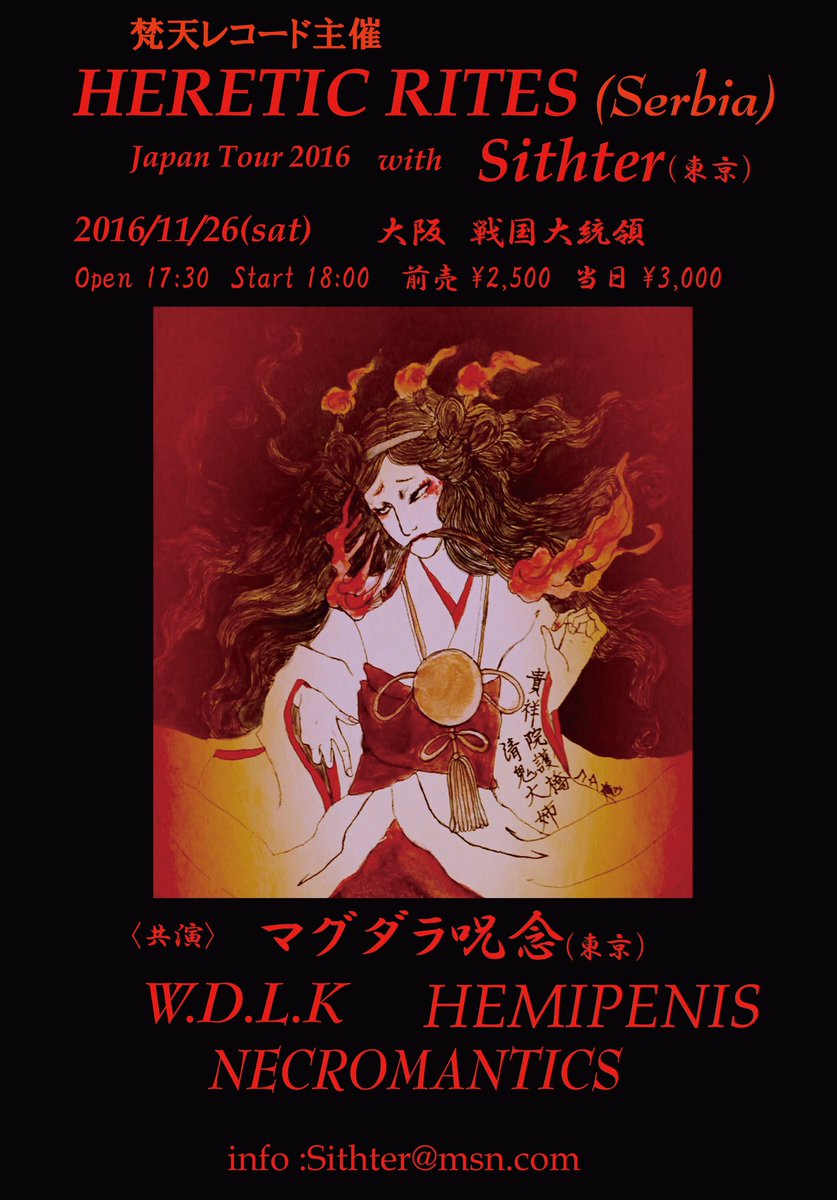 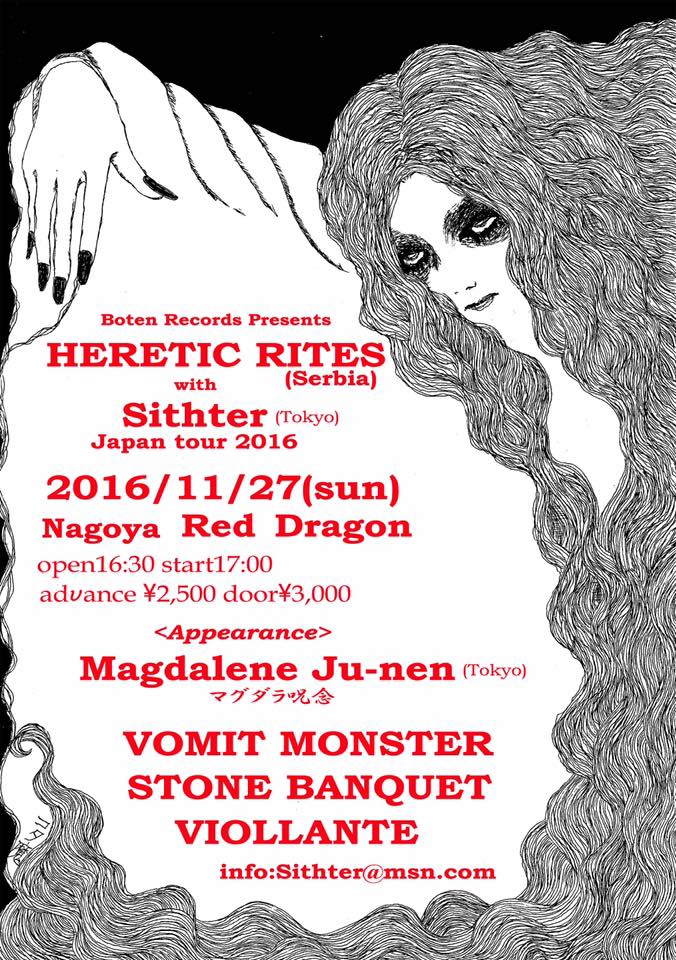 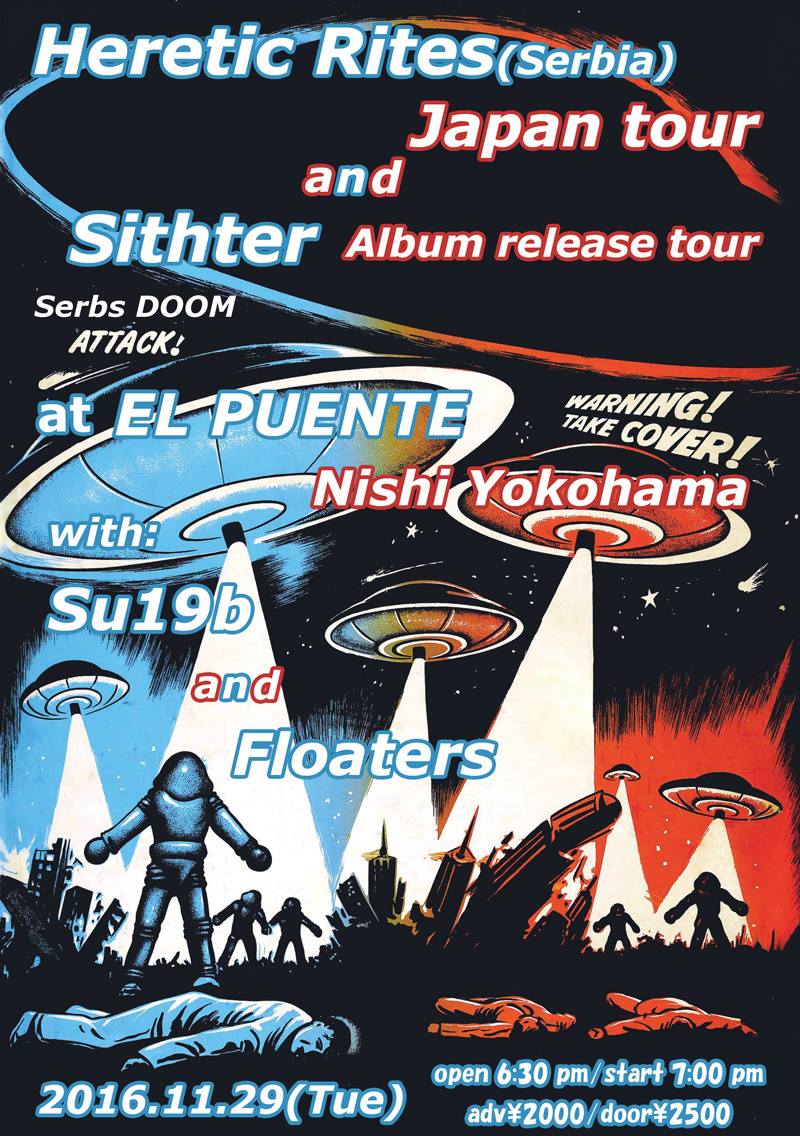 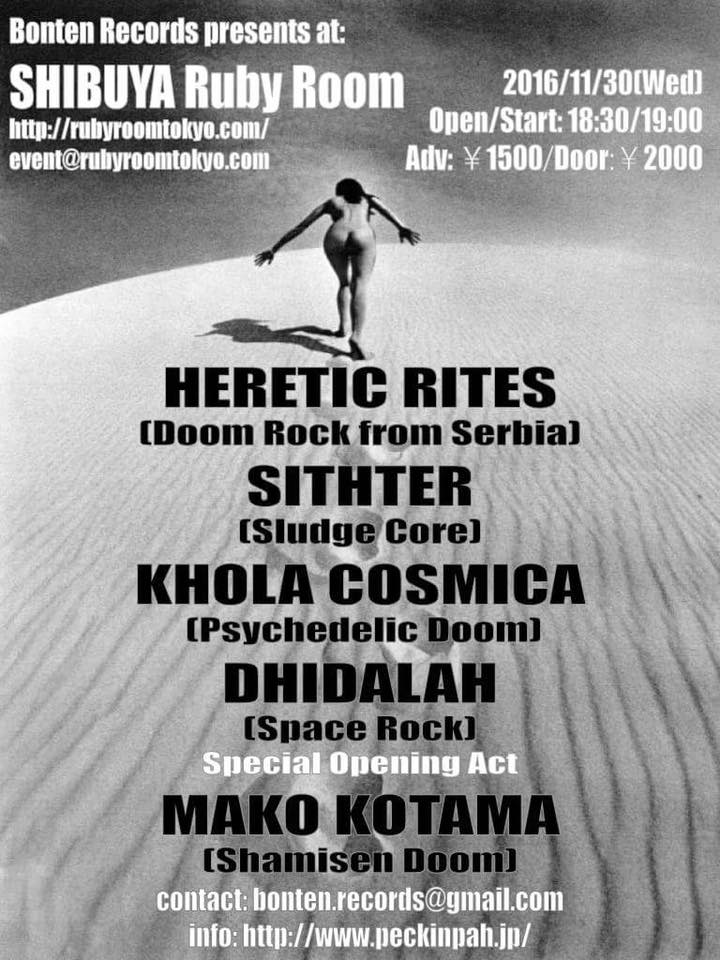